According to the very well-respected Economist Intelligence Unit, Toronto was the world’s best city to live in in 2015 in their study of 36 major cities.  The research looked at a range of factors including safety, cost of living and livability and whilst the biggest city in Canada didn’t finish top in any one category, their overall score was enough to top the list, beating off Tokyo, Paris, Melbourne and Singapore.

Canada’s largest city has learnt to adapt to the extremes in the weather.  During the winter when the temperatures plunge the locals head underground to move around the city, using the subways and shopping centres to avoid the bitter winds and snow. PATH is the largest underground pedestrian system in North America. It connects 1200 stores and restaurants, 50 office towers, 20 parking garages, five subway stations and a railway terminal over its 28km length. Each letter in PATH is a different colour representing a different direction: P is red and points south. A is orange and points west. T is blue and directs north. H is yellow and points east. In the summer the city becomes a non-stop festival zone. The fairground rides and food sample-packed Canadian National Exhibition (15 August-1 September) acts as an appetizer for the Toronto International Film Festival. Screening more than 300 movies between 4-14 September, it’s the world’s largest public cinema showcase. Think Cannes, but without the fake tan, egos and traffic jams.

The city is laid out on a US-style grid system and is relatively flat, making it easy to walk around.  It is conveniently divided into districts to make finding what you need, when you need it so much easier.  The Financial District is home to the skyscrapers around the shore line while to the east is the new Distillery District, home to some of the best new bars and restaurants.The Discover District is home to the Royal Ontario Museum.

It’s certainly a city to head to if you love your sport.  The massive Rogers Center (originally The SkyDome) is where the Blue Jays play in the Major League Baseball under one of the world’s largest retractable roofs.  Five minutes walk east is the Air Canada Centre where the Maple Leafs (Ice Hockey) and Raptors (Basketball) play.  Opposite the entrance is the RS Sports Bar and Grill which has over 200 big screens (including one which is 39 ft high) and has a fine selection of beers.  Don’t forget the Hockey Hall of Fame on Yonge Street for all those who love some puck action.

The biggest attraction is undoubtably the CN Tower, completed in 1976, becoming the world’s tallest free-standing structure and world’s tallest tower at the time. It held both records for 34 years until the completion of Burj Khalifa and Canton Tower in 2010. It is now the 3rd tallest tower in the world and remains the tallest free-standing structure in the Western Hemisphere.  Views from the top are outstanding on a clear day, but not worth ascending if there’s any low cloud on the day.  At the top there is a glass floor, giving you a view of the street some metres below.  You can head up to the SkyPod where on a clear day views are up to 100 miles away.  In addition, you can now go on the world’s highest full circle hands-free walk on a 5 ft (1.5 m) wide ledge encircling the top of the Tower’s main pod, 356m/1168ft (116 storeys) above the ground. Not one for the faint-hearted I would say! Tickets start from CAD44.

Located next door to the CN Tower are the popular Ripley’s Aquarium, where you can get up close up and personal to some fearsome creatures of the deep.  Across the road in Roundhouse Park is the Steam Whistle Brewery.  There’s few places in the world where you can get a free beer, but here’s one of them.  Pop in at any time to get a free sample of their North American-famous beer.  The brewery only brews one beer and the short 45 minute tour of the brewery, located in some of the old engine sheds, is a good way to understand their success (and you get two more free beers!).

There’s lots of shopping to be had at the Eaton Mall on Yonge Street or in the new “hipster central” district of West Queen West, whilst around the corner in Elm Street is the fantastic Queen and Beaver, almost an old-fashioned colonial club with a fantastic upstairs den that serves a mean brunch at the weekends and shows football from back home on a decent-sized screen.

The best address for the night, rather than the best hotel necessarily, is the Fairmont Royal York on Front Street.  Expect to pay for the name rather than the facilities, although it is centrally located.  Other good hotel options are The Renaissance Hotel which is part of the Rogers Center, or the Westin Harbour Castle right on the lake.

Transport from Pearson International Airport to Union Station is via the 4 times an hour UP (Union-Pearson…clever eh?) that runs from Terminal 1.  Single tickets cost CAD27.50, offer free wi-fi and take around 25 minutes.

The success of your trip in some ways will be down to the weather.  When the cloud comes in and the rain starts to fall it can be miserable but that’s the cue to hit one of the fantastic bars or spend the day sampling the delights the Distillery District has to offer. Niagara Falls is within a two-hour drive as well, and there are plenty of companies happy to take your money to show you one of the wonders of the geographical world. 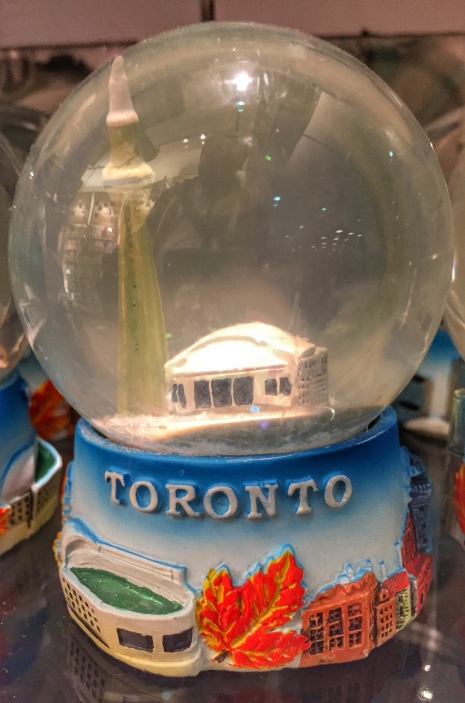