The sun is shining, the dirndl-wearing buxom waitresses are happily serving you litres of the finest German beer and plates of freshly-grilled meat, a band strikes up a tuneful melody.  Welcome to high summer in Bavaria, welcome to one of the best outdoor cities in the world, welcome to Munich.

Head to the S-Bahn station at the airport (don’t forget to buy your ticket and validate it before you board a train – €11.15 for a daily city transport ticket) and grab either a S1 or S8 to the city centre – both eventually end up at Hauptbahnhof but approach from a different direction.

The city is today famous for its world-beating football team, the fine engineering of the Bayerische Motoren Werke and one of the most loved beers in Europe.  Just a ninety minute flight from England, you can be feasting on the best of the city has by lunchtime. One first initial piece of advice is to steer yourself away from the areas around the Hauptbahnhof, which can be quite seedy at times – Sexyland in Goethestrasse is not, alas, an adult theme park.  Strangely enough, many of the four/five star hotels rub shoulders with some of these one/two star adult entertainment establishments.

Walking eastwards from the Hauptbahnhof across the wide expanse of Karlsplatz and into the pedestrian streets of Neuhauser Strasse where you will find all the famous fashion brands and department stores.  A few hundred yards down this street you will come to Marienplatz where the impressive Neue Rathaus is, with its cute clocktower figurines that pop out every hour to do their stuff.

You cannot visit Munich and not visit at least one beer hall or garden.  The most famous ones are the holy trinity of The Hofbräuhaus, Augustinekeller or Löwenbraü. The Hofbräuhaus, located just around the corner from the Neue Rathaus is over 400 years old and is probably the most famous hall in Germany.  It was here that an assaination attempt was made on the life of Adolf Hitler back in 1921, the gunshot marks still visible on one of the pillars.  Augustiner Keller is a 5,000 seater garden to the west of the city centre, very popular with locals who pile into the shaded areas after work each and every day. Last, but certainly not least, is Löwenbraü Keller in Nymphenburger Strasse, a 15 minute walk from the central station where the world-famous beer is still brewed and the atmosphere on most nights is a little more lively than Augustiner. If beer isn’t on your mind and you are prudish then head to one of the nudist sunbathing areas of the Englischer Garten – just remember to put sunscreen on every exposed part of your body.  If you want to find something to eat without the beer, and sausages are not your thing (are you mad??) then there are hundreds of places to grab a sandwich or even better a pretzel.

For a great afternoon of rubbing shoulders with the past, present and future then head up to the old OlympiaPark, built for the 1972 Olympic Games.  The original Olympiastadion is still open and you can wander around the historic venue and even sign up for one of the regular walks across the glass roof of the stadium from €43.  Alternatively, take the lift to the top of the Olympic Tower and get a fantastic view of the city.  Just a five minute walk across the footbridge is the futuristic BMW World exhibition and museum, great value at just €10.  Take the underground line U8 to the end of the line at Olympia-zentrum for both the park and BMW.

Bayern Munich used to be the residents at the Olympiastadion, both with cross-city rivals, 1860, they are now firmly at home at the Allianz Arena in Fröttmaning (take the U6 line to Fröttmaning) on the outskirts of the city.  The 71,000 stadium is one of the most outstanding looking stadiums, lit up at night according to who is in residence.  The tour, run a number of times a day, is certainly worth an hour and a half of anyone’s time.

A more sobering experience is a visit to the concentration camp of Dachau, 10 miles northwest of Munich, was one of the first concentration camps in Nazi Germany and would serve as a model for all subsequent camps in the Third Reich. Dachau visitors follow the “path of the prisoner”, walking the same way prisoners were forced to after their arrival in the camp. You will see the original prisoner baths, barracks, courtyards, and the crematorium, as well as an extensive exhibition and various memorials.  From Munich, take the metro S2 to Dachau/Petershausen. Get off at the Dachau Station and take the bus 726 into the direction of “Saubachsiedlung”; get off at the entrance of the Memorial Site (“KZ-Gedenkstätte”).

As mentioned, there are a lot of hotel options to the south of the Hauptbahnhof, so it may be worth heading to the north side of the main station where the locale is a little bit more upmarket.  Eurostars Grand Central, and the very reasonable Hotel New Orly are good choices in this area, whilst the NH Hotel chain offers a few good options in the city.

Finally, for those want to visit to take in the Oktoberfest, don’t even think about it unless you have book 364 days in advance.  The city grinds to an alcohol-induced haze for 16 days in late September and early October.  The exhibition grounds are converted into a festival with beer tents representing all of the major breweries, brilliant freshly cooked meat and Europe’s biggest travelling funfair, although from personal experience I would recommend against a trip on the Five Olympic Ring rollercoaster after an afternoon in the Haufbrauhaus tent. 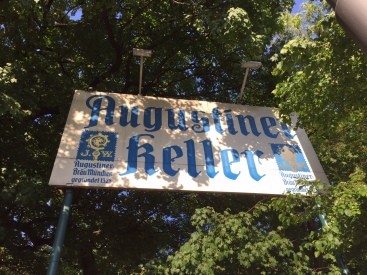 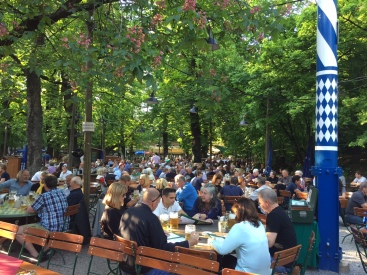 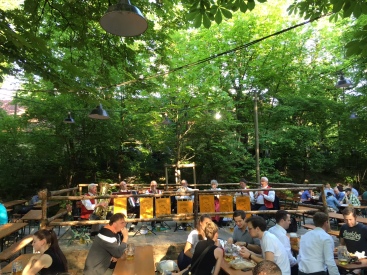 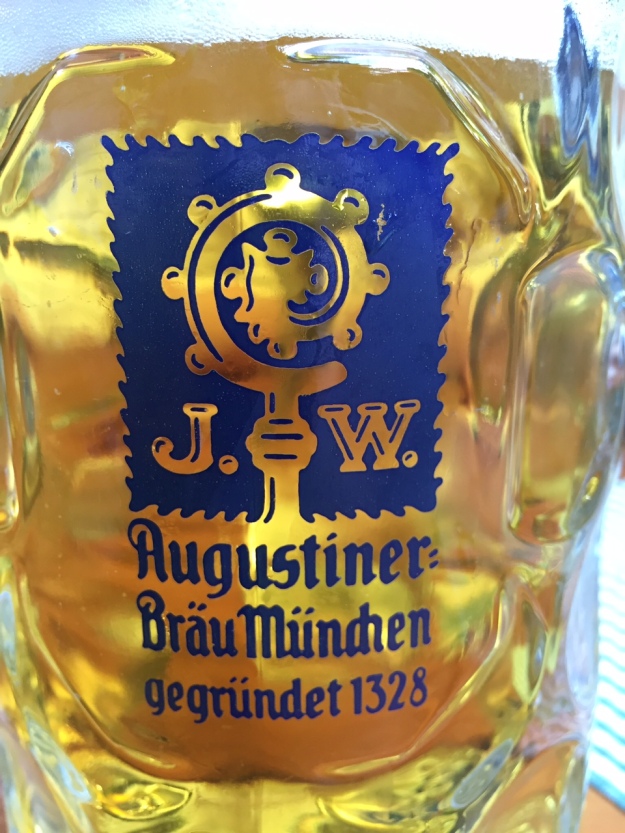 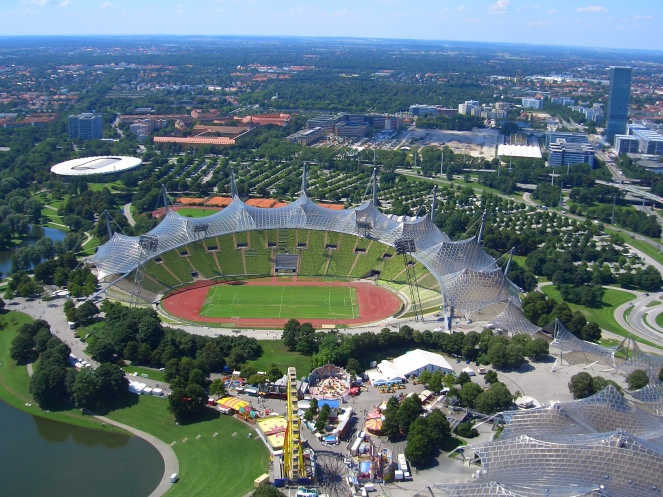 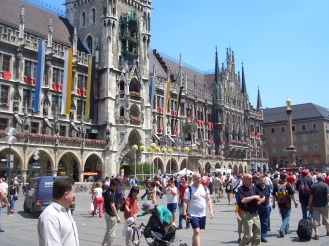 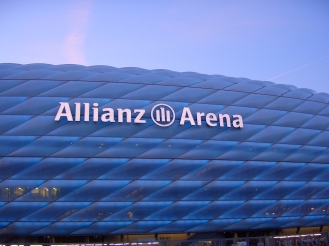 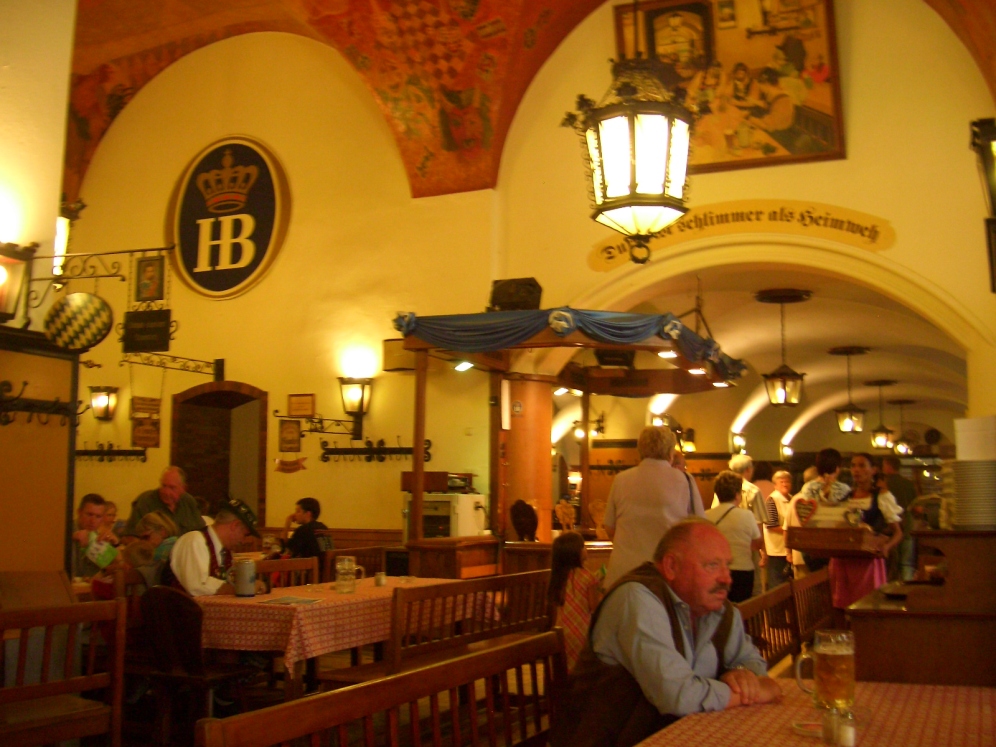