OK – It is fair to say that few people will only “just” have 24 hours in Mumbai so I will condense the highlights from my trip into a single day’s itinerary. For those, like me, making a trip to India for the first time, pull on your culture shockproof trousers and immerse yourself in the melting pot of southern India.  You will frequently stand aghast in amazement, unable to believe the lives that many Indians live. You will never see such polar extremes between poverty and wealth as you will – visible within a minute of leaving Chatrapati Shivaji airport – in India.

I can’t remember the day when Bombay become Mumbai (or even the reasons behind it).  My first memories of the name were from Carry on Cruising when the late (and very recently late) Lance Percival made Sid James’s character, the Captain of the ship (interestingly, one of the only times James played a “serious” Carry On role) a special anniversary cake that included Bombay Duck, which I later found out was dried fish.  Oh, and of course Bombay Sapphire.  Who doesn’t like a cold Bombay Sapphire and tonic when they get home from work? It was actually in 1995 after a petition to the government that the name symbolised the legacy of the unwanted rule by the British.

Life in the city plays out against a constant soundtrack of hoots from pedestrian, dogs, goats, cars, taxis, lorries, bikes and tuk-tuks that jossle for space on the chaotic roads.  According to one friend, a driving test takes 30 seconds and you just need to show you can stop a moving car. Taking any journey in the city is an experience you will never forget.  Remember to allow plenty of time (if you think you have allowed plenty of time, double it), keep the windows up and a bottle of water to hand.

The number one sight that anyone who has visited the city will tell you to visit is the Gate of India, Mumbai’s most recognised monument, constructed to commemorate the visit of King George V and Queen Mary to the city. The colonial splendor of the arch was (and still is) best enjoyed approaching the city by boat.  Once on land, the King and Queen would have enjoyed the elegant piazza.  Today it is the melting pot of the city, with street vendors, here, there and everywhere – if you want to experience India in 5 minutes, stand here at midday.

One place that you should ignore the name of and venture right in there is Chor Bazaar, commonly known as The Thieves Market on Mutton Street in the Central area.  Images of Ali Baba and his cut-throat band of villians are soon dispelled as you wander the the narrow lanes and are greeted by friendly traders who will try and entice you into the age-old haggle.

Just north west of the Central Station, looking out to sea you will see the amazing Haji Ali, a tomb (and mosque) that was built over 500 years ago marooned in the water and only accessible via a causeway at low tide.  One sight that will never leave you will be the sun setting behind it, taking you far away from the maddening crowd behind you.

No visit to the heart of Mumbai is complete without a trip to the Leopold Cafe on Colaba Causeway.  It was here in November 2008 that the first gunfire was heard in the terrorism attack on the city.  A total of 12 people lost their lives in the attack, but the cafe took on a focal point of the resistance of the city and opened its doors just a few days later.  If you want to impress, then head to Aer, the 34th floor rooftop bar at the Four Seasons Hotel, with stunning views and a £20 a head entrance fee at weekends.  The Olive Bar and Kitchen in Union Park also comes highly recommended.

Want something different to eat?  Head to either of the ITC Mumbai hotels and their signature restaurant, Peshawri where you don an apron and tuck into beautifully tender and flavorsome grilled meats and vegetables from Pakistan/Afghanistan. Not cheap by Indian standards but certainly filling.

In terms of accommodation, if you want luxury then the major chains all have outposts close to the airport.  Certainly one of the finest looking hotels in the city is the Oberoi on Naiman Point, one of the most expensive pieces of real estate in the world.  Go on, treat yourself – you are on holiday and can afford to live like a king once! 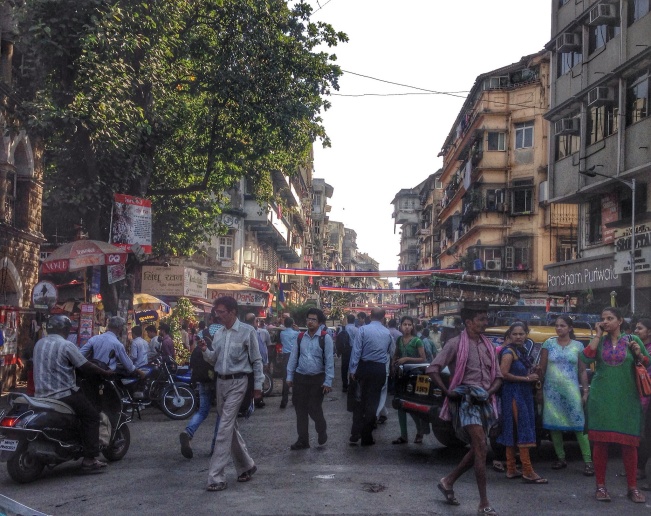 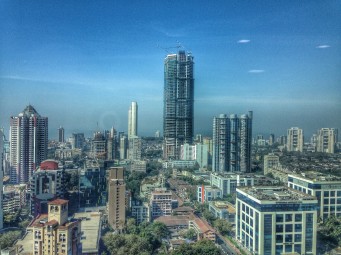 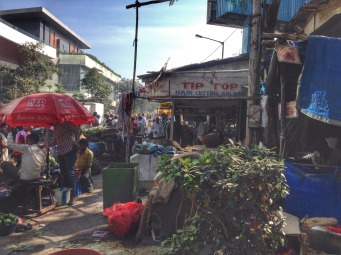 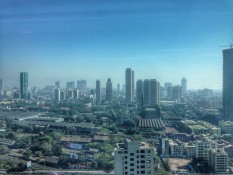