“We’re only here for the Guinness” is the normal battle cry as the dozens of budget airlines offload their cargo each weekend.  Ranked as one of the most visited cities in Europe year after year, visitors are divided into three distinct groups:

– The stag/hen groups. Numbers of these are down since the budget airlines started flying to more exotic, cheaper and liberal destinations such as Kraków, Riga and Bratislava.  However, they can still be found staggering around Temple Bar, wearing gimp masks at all times of day.

– The Craic seekers.  Normally visiting as part of a much bigger European tour.  Can be subdivided into Americans, who will try to claim some kind of a Irish allegiance and backpackers.  Found in the Leprechaun Museum or on a tour bus waiting to arrive or leave the Guinness Storehouse.

– The returnees.  People who have been to Dublin many times and seen it change as the economy has gone through its boom and bust.  Those who will remember the old days of sitting in traffic for hours on the way from the airport as the endless construction work on the tunnel into the city took place.  Been to Guinness before it was a big tourist draw and remember Temple Bar before it was over run by beggars.

Despite falling into the final pot I was here with the family, the two youngest Fuller’s having only been here when they were infants.  I’d purposely avoided staying right in the middle of the city, one due to the exorbitant cost of many hotels (as a family of four we often now need 2 rooms) and two due to the noise.  Of course there is three, which was because I was at the football in Tallaght that night.  Our choice, the Glashaus at Tallaght Square was superb.  Outside the LUAS platform, opposite the shopping centre and offering some superb food and drink (the full Irish breakfast will see you right through to teatime) and genuine Irish hospitality – thoroughly recommended if you are travelling with children.

There is a bus, once every two hours (so either very handy or completely inconvenient) that runs from the coach station at the airport to Tallaght – journey time around the houses and the retail parks that seem to breed around the western suburbs, is about 50 minutes.  The LUAS from Tallaght takes about 45 minutes to Abbey Street, just off O’Connell and a day ticket is €6.70.

So what is there to do in Dublin bar heading for Temple Bar.  The current “best” attraction in the city is the Etihad Skyline and we could see why.  An opportunity to walk around the roof of the 80,000 plus capacity Croke Park stadium is a must for any visitor.  When the weather is good (during our hour or so on the roof we experienced all four seasons) the views are outstanding.  The guides are incredibly knowledgeable and passionate about the city.  It’s not often you get to see a stadium from this perspective and well worth a couple of hours. The ticket also includes admission to the GAA museum so you can understand all there is to know about Gaelic Football and Hurling.

Across the road from the stadium is the Croke Park Hotel – a good pit stop if you have done the tour.  Comfy sofas, free Wi-Fi, excellent beers on drink, including the rarely spotted Guinness Mid-Strength and a roaring fire.

Of course no visit to Dublin would be complete without a visit to St.James’s Gate and the Guinness Storehouse.  If you book online you can pick up a significantly cheaper “early bird” ticket which is valid before 11.30am and costs €40 for a family of 4.  Learn about the history of the brewery, how to properly pour and drink Guinness, understanding and marvel at the advertising campaigns.  Finally, you get to visit the Gravity Bar for the most expensive pint of Guinness you will ever have (included in your €16.50 admission fee).

If you have time then a trip to the Jameson Distillery right next to the LUAS stop for Smithfield.  A very enlightening tour on the whole process of distilling topped off by a few samples.  A less crowded and cheaper (€12.50) experience than The Storehouse.

The best bar in the whole of Ireland (not just my words) is the Galway Bay Brewery-owned Brew Dock, across the road from Connolly Station. Over 20 beers on draft plus excellent food.  A ten minute walk away on the south banks of the Liffey opposite the O’Connell Bridge is another pub/brewery JW Sweetman which is well worth an hour of your time.

Of course there are dozens of others sights and sounds to Dublin.  These are the ones, based on our personal experience, that we recommend.  The city centre is small enough to cover on foot and as always that’s the way you unearth the hidden gems. 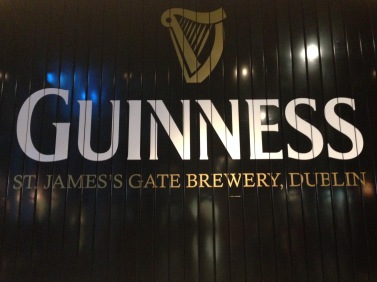 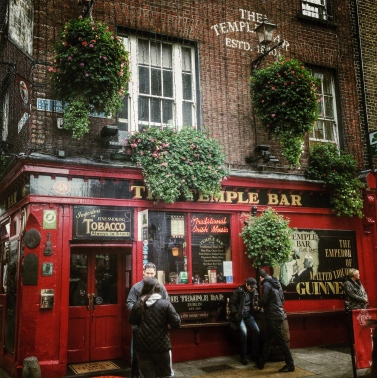 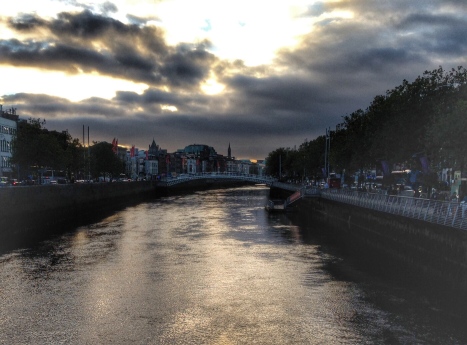 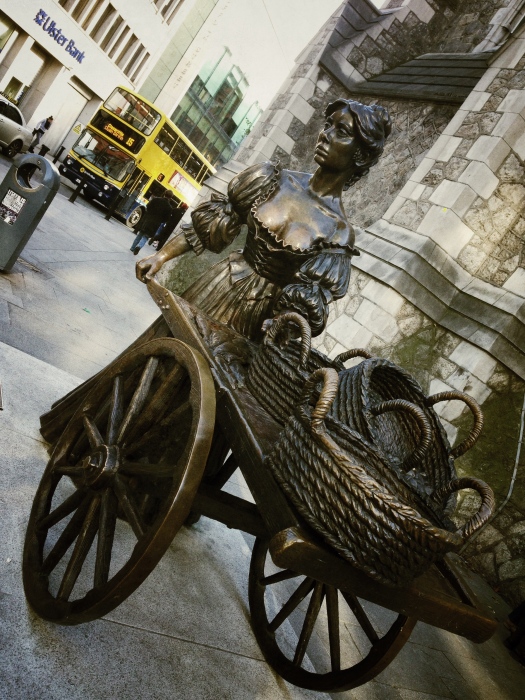 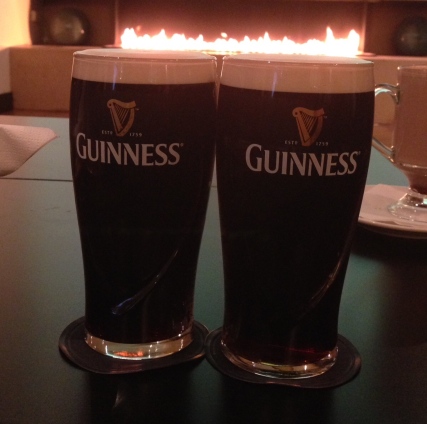